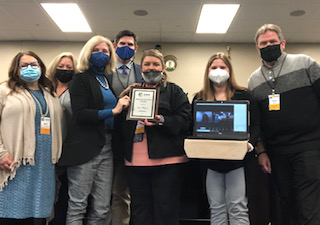 In my profession’s code of ethics, our first ethical principle is that “Psychologists strive to benefit those with whom they work and take care to do no harm.”  I wish the ethics code for Kentucky legislators included those same guidelines.

Unfortunately, as the pace of the 2022 legislative session picks up, so does the appearance of  harmful bills.

House Bill 4, one of the House majority’s top priorities for the 2022 session, would harm Kentucky workers by making significant changes to unemployment benefits for Kentuckians who’ve lost their jobs through no fault of their own.  Having spent a good portion of my time throughout much of 2020 and 2021 working with desperate constituents to try and assist them with unemployment insurance (UI) claims, as well as fighting for the re-opening of regional unemployment offices, this senseless attack on Kentucky’s fragile UI system hurts my heart and boggles my mind.

Under HB4, there would be new barriers for accessing and keeping UI benefits, weeks of eligibility could be cut in half, and laid-off workers could be forced to accept lower-paying jobs including those outside their career areas. Additionally, the new rules would put federal UI dollars at risk.  HB4 lands particularly hard on women and non-white workers, as well as on people with disabilities and those who live in rural areas.

I joined all of my Democratic colleagues and several rural Republican legislators in voting NO on this bill that is harmful to Kentucky’s working families.  After three hours of debate in which many of us implored our legislative colleagues to reject this terrible bill, the bill passed 57-37 and is now headed to the Senate.
For more about HB4, check out this excellent analysis from the KY Center for Economic Policy.

…more harmful bills are on the move.  HB23, a bill that discriminates against transgender female students, and HB51, a bill to ban mask requirements in public schools, are both posted to the House Education Committee, and could be voted on in committee as early as Tuesday.

Last year, I wrote to you about the House Democratic Women’s Caucus, which I am honored to chair, and our Kentucky Maternal and Infant Health Project. The project includes a slate of bills and resolutions to improve our state’s dismal maternal mortality and health statistics, address racial disparities, and improve outcomes for pregnancy, childbirth, and the postpartum period.  The Democratic women of the KY House have reintroduced a similar package of bills this year, and this week, HB174 passed unanimously out of the House Health and Family Services Committee. HB174 would extend Medicaid coverage to new mothers for up to a year postpartum for those at or below 185% of the federal poverty level.  This is an important victory for the health of mothers and infants.  I hope to be able to report soon that the bill has passed the House.

HB464 – I was honored to work with one of my constituents who is an adult survivor of childhood sexual abuse, along with my predecessor – the Honorable Jim Wayne –  and Senator Morgan McGarvey to craft legislation that would remove the statute of limitations for civil claims in cases of childhood sexual assault or abuse.  The impact of childhood sexual abuse is lifelong, and the average age for adults abused as children to come forward about their abuse is 52.  Removing the statute of limitations is an important tool for survivors to be able to seek redress for the grave harms inflicted on them.

With Kentucky ranked first in the nation for childhood sexual abuse, HB464 has already received bipartisan co-sponsorship, and is supported by the Kentucky Justice Association, the Kentucky Association of Sexual Assault Programs, and several child advocacy groups. Thanks to WLKY news  for bringing public awareness to this important issue that affects far too many Kentucky children and adults.

HB478 – Last week’s winter storms were an important reminder of the hardships that can face any of us during weather emergencies, and the particular challenges to financially insecure Kentuckians during times of extreme weather conditions.  This week, I filed HB478 to prevent utility shut-offs during periods of extreme cold or heat, and to require extended and written notice of utility shut-offs.   The bill was prompted by the direct experiences and needs of far too many vulnerable Kentuckians.

To read and learn more about these and other bills, you can visit the Kentucky Legislative Record online.

It was a treat to meet with several visitors to the People’s House this week, including fellow members of the Kentucky Psychological Association, gun safety advocates from Whitney/Strong and Sandy Hook Promise, the American Foundation of Suicide Prevention – KY Chapter, and members of the Kentucky Association for Psychology in the Schools (KAPS).  All of these groups were on-hand to advocate for legislation that would promote the safety and mental health of Kentuckians across the state.  I was deeply honored to be presented the Friend of KAPS Award for my legislative work to improve student mental health.

As always, I appreciate hearing your thoughts and concerns. Thanks to the many constituents and friends who’ve reached out to me this session.  You can email me by responding to this message, or at my legislative email address: Lisa.Willner@lrc.ky.gov.  You can also call my Frankfort office at 502-564-8100, and the message line for legislators remains active throughout the legislative session: 800-372-7181.